Hey there,
My name is Ágoston Török, I'm 22 years old hungarian player. I have been playing SWTOR for 1,5 years now having 4 level 55 characters (Assassin, Guardian, Sage, Mercenary) and I have over 60 days ingame playing time. I currently have 2 important characters (a healer Jedi sage that I've made most operations in HM including DF and DP called Steel-magyar) with, and a DPS Mercenary on impside (called Angyalka) which is dedicated to PVP and almost has the full 162 pvp gear. I'll have an PVP dedicated operative soon.
I'm without a guild for a month now with my main imperial char (Angyalka) waiting for the opportunity to join the Deal with IT guild, because I've played a lot with many of you (sometimes even in group queuing together), and found many players really talented here. I hope you will find me worthy to join the group.

PS: A bit about myself: I'm learning psychology in a university, recently got my bachelor's degree from it. My other big hobby is Rubik's cube speedsolving. 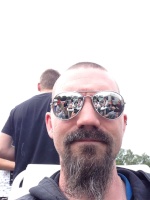